During times in which war occurs or natural disaster take place, written documentation becomes an essential part of the recovery efforts. Journalism, for example, is a form of writing in which real-time documentation takes place. It provides a realistic view of what is taking place within a country or region. Sometimes it is the only mode of communication between residents and the outside world. Additionally, literature provides insight into how societies interacted in the past. It provides a window of opportunity for everyone to learn from past mistakes, or to read about instances in which members of society came to one another’s aide.

War atrocities have always been an unfortunate part of the world’s history. They occur for a variety of reasons, such as soldier disenchantment or pure evil. Regardless of the reasons, many people do not understand that it is incredibly difficult to get help without the form of written expression. This is another instance in which great journalism is required in order to promote change. Journalists are able to become a voice for those who do not have one. Entire villages, towns and cities have been wiped out, never to be seen again. Sometimes these events are not even discovered until many years later. Freedom of expression through writing allows people to have the chance to take charge of their lives, and to stop such violence.

Literature and writing also help those who suffer from poor conditions in all countries. Some families have children who suffer from malnourishment, for example. Awareness is the only way to establish help for these people. The way you promote awareness is through writing about the situation. Grants are often provided for organizations who are created to deal with child hunger. In order to receive money to help families in need, the details of the operation must be provided in a professionally written manner.

Some forms of literature serve to educate through fiction writing. Interestingly, many works of fiction end up foreshadowing factual events of the future. What this does is it allows for people to prepare for new life-altering events. Historical fiction is often classified as being less important in the educational world, but this is a mistake. It provides excellent insight into our past, and it allows students to learn about their ancestors. While all of the information might not be factual, it does allow writers to explore a more creative route when it comes to presenting this type of information in a written form.

Concerned citizens stand to gain more attention when they provide their issues in the form of writing. For example, there was a recent news story in which a group of concerned parents addressed the growing pollution problem in Newark, NJ. They provided documentation to the local government regarding harmful emissions which were produced by the dozens of trucks which traveled to and from the many ports in the area. Many of these trucks passed right by playgrounds and schools, and children who suffered from asthma often had asthma attacks while playing outside. Their efforts promoted meaningful change for the community. 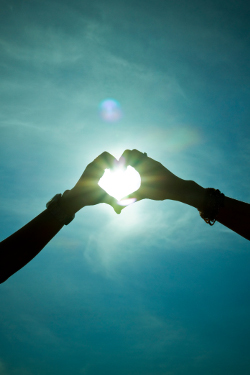